M&A activity in Asia-Pacific is trending at a post-GFC record: 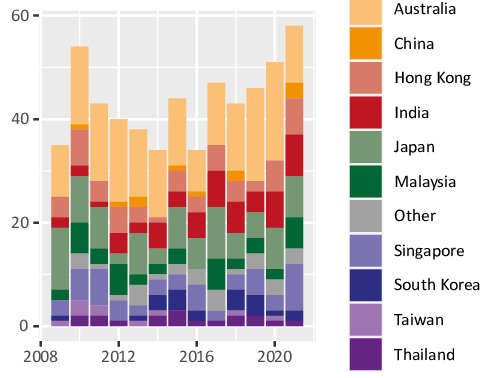 Several drivers exist in our view:

Deals in 2021 YTD are remarkably well-balanced in terms of geography, with no country or region dominating. From a headline-generation perspective however, Japan leads the pack, with increasingly aggressive behaviour on display by all sides. Buyers have launched as many hostile takeovers of Japanese targets year-to-date as in the previous decade. A target company is attempting the first defence via dilutive warrants since Bulldog Sauce in 2007. And shareholders have become ever-more assertive in demanding higher acquisition premiums. Predicting which deals are likely to attract fellow activism-minded investors has become a significant determinant of returns.