It’s not too late

In November we identified a possible turning point in the under-performance of value, based on a sharp spike in the volatility of the Asia-Pacific Value/ Growth ratio, which resembled a similar event in the year 2000. The previous occasion marked the start of a long period of value out-performance.

This is important because a repeat outcome this time should be very positive for RV strategies, which naturally have a long value factor bias.

The key driver back in November was the emergence of data pointing to higher inflation. Inflation is typically negative for growth relative to value, as growth stocks are long-duration assets which are naturally more exposed to long-term rates.

Since November, the performance of Metrica’s relative value strategies has been consistently positive, suggesting that the turning point thesis is valid.

So now that we are in August, a frequent question from investors is: is it too late to take advantage of this trend?

We don’t think so for the following reasons:

1. Although value has started to outperform, it is still close to all-time lows on some measures.

Figure 1 below shows the performance of value versus growth going back 94 years. 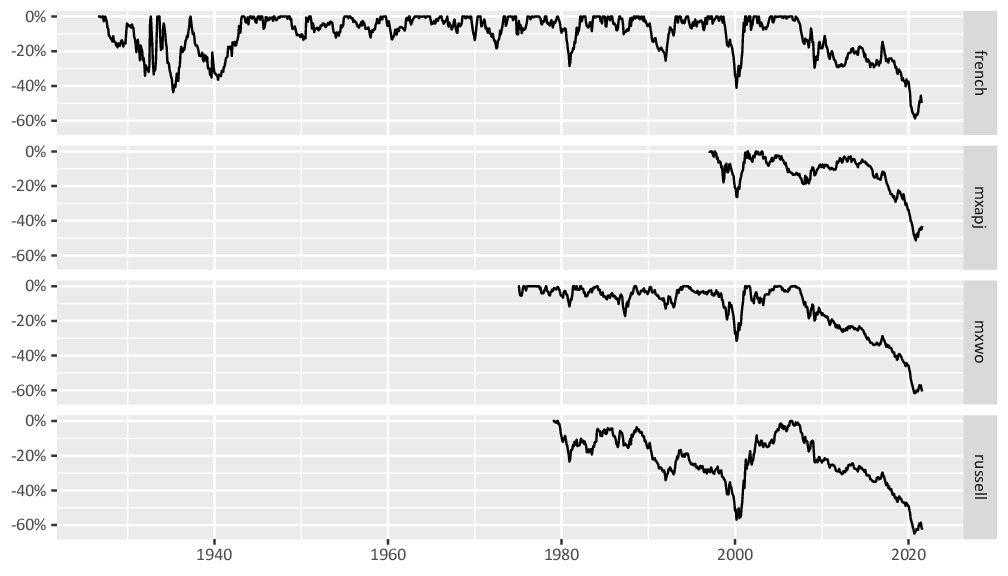 Figure 1: Draw-down from peak return for value vs. growth, 1926 to present

In all four series we are between 1.1 (MXWO) and 8.9 (French) percentage points from all-time lows, which are small numbers given the magnitude of the draw-down. Reversing the draw-down and returning to the long-term trend would imply upside of between 99% (French) and 167% (Russell).

In our last newsletter we talked about how dispersion, which can be thought of as the performance differential between widening and narrowing spreads, acts as a tailwind for RV strategies.

This is because the greater the dispersion, the more opportunities there are for rebalancing between wider and narrower-spread trades. These opportunities are very valuable as they help insulate the portfolio from the impact of adverse moves in the value factor.

Previously we showed how dispersion within the RV strategy has been trending at elevated levels since the pandemic-related market crash.

According to our theory, this should have resulted in substantially better outcomes for the strategy when compared with the macro environment for value.

This has indeed been the case, as shown by one measure of spread: the weighted average price-to-NAV multiple of holding company positions in the strategy (figure 2). 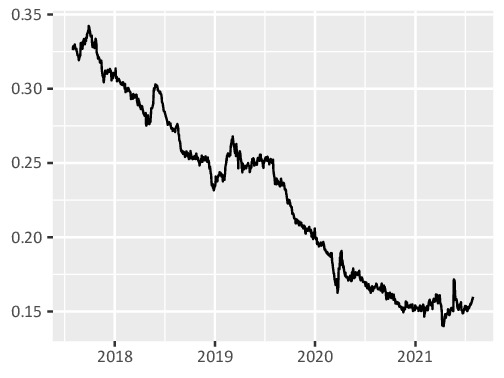 Even though the RV strategy has been posting strong positive returns since the start of the year, the average P/NAV multiple has only risen 3.6% over the same period, and it is still close to an all-time low of 0.15x.

Dispersion is allowing positive performance to be recycled into boosting portfolio intrinsic value through a virtuous circle.