However, the numbers in Asia-Pacific tell a different story: 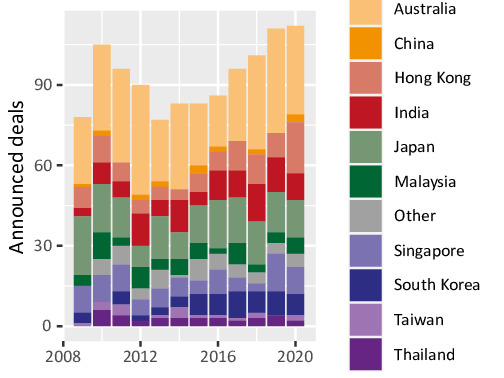 While some mega-mergers may have been put on hold due to difficulties in performing due diligence etc., there are still enough smaller subsidiary buy-outs, major shareholder de-listings and intra-industry consolidation mergers to keep the rate of activity at the highest since the global financial crisis. Hong Kong in particular is a stand-out, as shown in the chart.